Metric Issue: Managing what you Measure

As part of the Low-Carbon Building Code blog series, we are exploring some of the most common shortcomings in new and existing building codes and standards. This post discusses the metric issue.

Many codes and standards use energy cost or energy use as the metric for determining compliance. For example, most LEED programs are based on energy cost. Generally speaking, the lower the modelled energy costs for a building, the more LEED points are awarded. The BC Step Code is focused on the energy use; it is a ‘fuel neutral code’ that looks at kWh of energy consumed, and does not differentiate between high carbon and low carbon sources. The issue with these approaches is that, if the goal is to reduce carbon emissions from new buildings, there is no guarantee that focusing on energy costs or even energy use will optimize for carbon reductions.

For example, take a building being designed for any city in BC, MB, ON, or QC where grid electricity has a low carbon intensity, but costs more than natural gas. For a building to ‘earn points’ based on lowering energy costs, the design team will prioritize saving electricity over saving gas, because saving one unit of electricity is 3, 4, or even 5 times more valuable in terms of an energy costs metric, than saving one unit of natural gas. However, natural gas is much more carbon intensive (about 20 times more in BC). 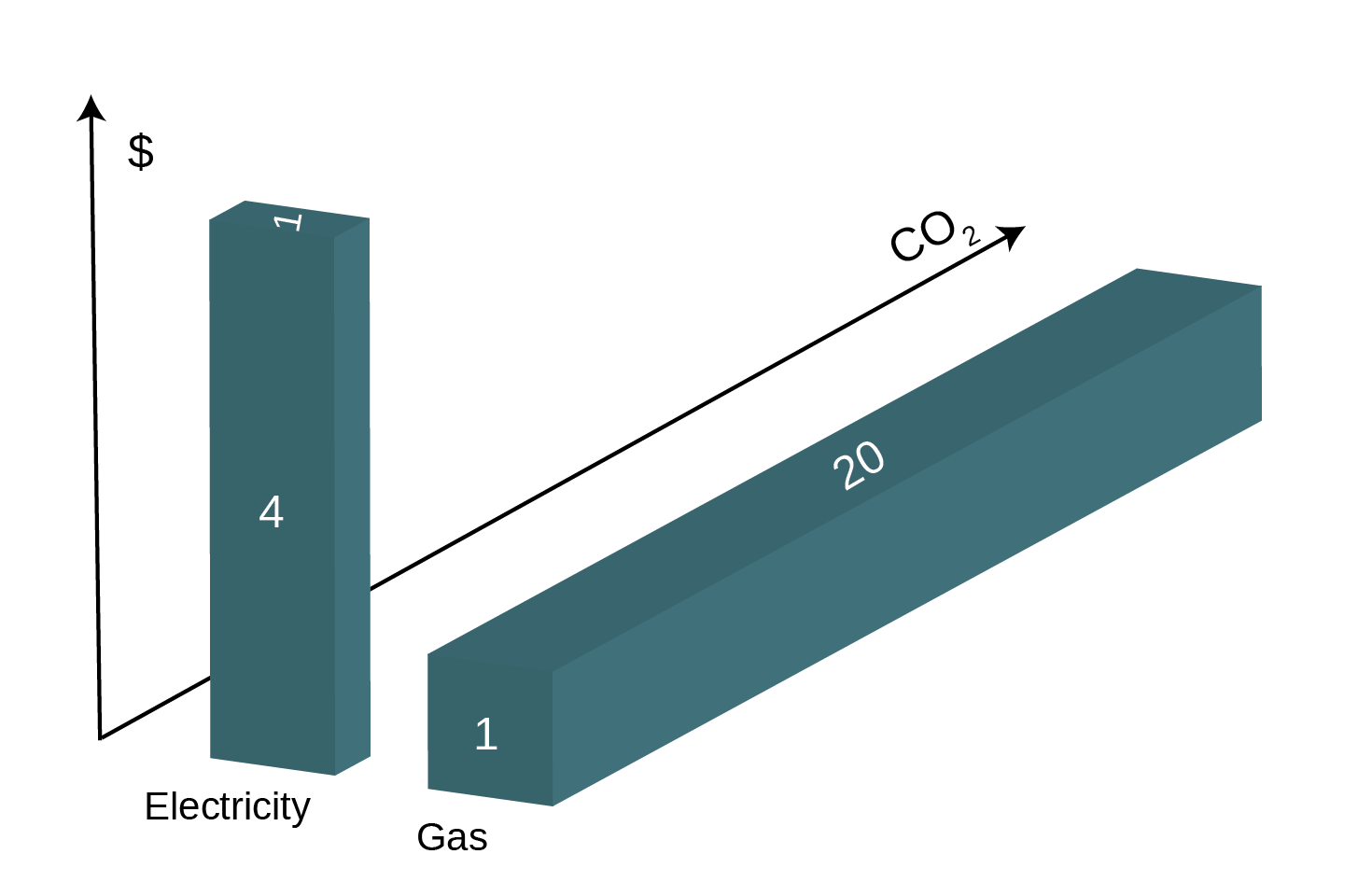 As other jurisdictions de-carbonize their electricity grids, this distortion signal will result in very sub-optimal designs from the perspective of carbon outcomes (and long-term lifecycle costs to consumers in the face of rising carbon taxes or other carbon-related policies such as renewable fuel standards).

There is no doubt that designers do and will continue to also suggest measures to lower gas use, but when the green building strategy requires reducing energy costs, electricity will be targeted more than gas use. In jurisdictions with low carbon intensity electricity – and more and more jurisdictions will come to fit that description – this is not the way to reduce the greenhouse gas (GHG) profile of a new building.

All of these codes have a compliance metric that is based on GHG intensity (though they also have other energy metrics which regulate how much energy the building will use). Having a metric that focuses on GHG emissions get directly to the issue instead of using an imperfect proxy like energy cost.

Another approach to directly regulate for GHG emissions is to use primary energy use as the compliance metric, but treat renewable energy as zero energy input. Many European codes use this approach. This means that building designers are incentivized to include renewable energy sources in the energy system serving a building, because renewable energy is recognized within the code.

‘Fuel neutral codes’, like the BC Step code, or others that look only at energy use or energy costs (e.g. LEED, or ASHRAE 90.1), are not optimized for lowering carbon emissions from new buildings. They will no doubt realize some carbon reductions, but policy makers would be well served to consider local and global best practices (e.g. Vancouver, Toronto, CAGBC, EU codes based on primary energy with treatment for renewables) if they want new codes and standards to reduce carbon emissions.